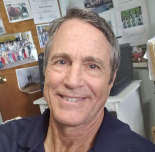 Dr. W. Geoff Williams is an American craniofacial plastic surgeon with an emphasis in children’s cleft lip and palate deformities. He is certified by the American Board of Plastic Surgery. In 2005 Doctor Williams founded the International Children’s Surgical Foundation (ICSF) as a 501c(3) Public Charity and has been serving full-time, traveling to poor countries as a volunteer plastic surgeon ever since. “Dr. Geoff”, as he is known in the countries he visits, serves an average of twelve surgical missions per year (all free to patients) alongside American volunteers as well as local doctors and nurses in the Philippines, Vietnam, Pakistan, Peru and Bolivia. He has mentored young surgeons in cleft surgical techniques in the countries of the Philippines, Vietnam, Mexico, Peru, Pakistan and Kenya.

Dr. Williams also has an interest in children’s facial burn reconstruction and has implemented state-of-the-art reconstructive techniques in Mexico, Kenya and Bolivia where he has treated many burn patients. The list of countries where Dr. Williams has served as a volunteer plastic surgeon includes the Philippines, Vietnam, China, Thailand, India, Pakistan, Bolivia, Peru, Mexico, Guatemala, Kenya and Tanzania. He currently serves as the Chairman of the Board of Directors and Medical Director of ICSF.. 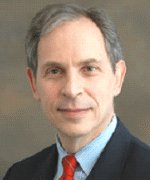 Dr. Stephen Milner is a Diplomat of the American Board of Plastic Surgery and a Fellow of the American College of Surgeons. He received medical and dental degrees in London, England after which he underwent general surgical training in London and at the Massachusetts General Hospital. Subsequently, he served in the British army as a medical officer at the rank of Lieutenant Colonel and saw duty in Operation Desert Storm.

Dr. Milner then trained in plastic and reconstructive surgery at the Shriners Children’s Burns Institute and the University of Texas, in Galveston. He subsequently accepted a faculty appointment at the Southern Illinois University School of Medicine where he rose to the rank of Professor of Plastic Surgery and was named the Director of the SIU Burn Unit.

In 2004, Dr. Milner was recruited by the Johns Hopkins University School of Medicine where he now serves as professor of plastic surgery. He is currently the Chief of the Johns Hopkins Burns Division, as well as Surgical Director of the Institution’s Wound Healing Center. Dr. Milner has authored over 70 scientific publications and is the founding editor of the highly regarded Journal of Burns and Wounds. He runs an active research laboratory and is currently working on elucidating the biological properties of recently-discovered antibiotics produced by the body in times of trauma. Dr. Milner has performed international humanitarian volunteer work including being asked by the Peruvian government to serve an emergency mission to Lima, Peru to treat pediatric burn victims from the 2001 Lima Mesa Redonda fire tragedy. 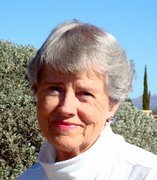 Ann E. Cavender brings a wealth of volunteer, business and fund-raising experience to ICSF. A Denver native and graduate of the University of Colorado, she has been involved with charities much of her life, initially with the American Red Cross and the Bonfils Blood bank in Denver. She has had a long association with the Denver Children’s Hospital, where she volunteered in the blood bank and with other programs. Eventually, she became President of the Auxiliary and served as a member of the hospital’s Board of Directors. She was on a steering committee composed of doctors representing the blood banks of Denver’s major hospitals, which organized a two-year telethon that resulted in the city of Denver having a 100% voluntary blood donor system which then removed the need for purchasing blood.

Another major activity included several years supervising and encouraging several hundred national collegiate and alumni sorority chapters with raising money and volunteering time for Children’s Cancer Charities (research, clinical studies, Ronald MacDonald houses, cancer camps for kids, scholarships for cancer patients, helping hospitalized children with crafts and parties, etc.) Many of these philanthropies benefitted local hospitals through the National Childhood Cancer Foundation, the fund-raising arm of Cure Search. She also conducted major fund-raising projects for the Denver Children’s Hospital, including its Cancer Center, which is enjoying the benefits of a $1 million endowment funded by a philanthropy of which she was a co-founder.

Her business experience is quite varied and includes organizing and managing an office for a prominent surgeon, doing computerized accounting and word processing for individuals, organizations and small businesses, as well as stenographic work for large and small companies and for the Federal government.

Other experience includes providing financial assistance and oversight to several collegiate sorority chapters in California, Washington, Utah and Colorado along with monitoring the basic operations of collegiate chapters in Colorado, Utah and Wyoming. She has served briefly with the Juvenile Diabetes Foundation and also was active as a Den Mother and Den Mother Coach with the Boy Scouts of America. One of her favorite activities was the five years she volunteered as an official for the U.S. National Alpine Ski Championships at Copper Mountain, Colorado. The American Association of University Women in Denver recognized her numerous accomplishments and activities with its first Silver Spoon Award.

Dr. Joyce Carnes, a Bend, Oregon, physician, has joined the ICSF Board of Directors. At ICSF's annual Board of Directors meeting Medford, Oregon, on July 2, Dr. Carnes was unanimously voted in as a member of the board. She has a long record of service with ICSF, including three surgical missions to the Philipines and Peru.

An emergency physician in Bend, Dr. Carnes earned a medical degree from the University of New Mexico School of Medicine and has been practicing emergency medicine for decades. "Dr.Carnes has shown a great amount of interest in ICSF and its mission," states ICSF President Geoff Williams. "Most important of all, Joyce has a heart for the children we serve in the poor countries of the world. I'm thrilled that she has accepted the nomination," he adds