Arianna was the star of the show. Being born with a complete bilateral cleft lip can have its advantages, if you want to become a television hit at four months of age. Arianna was featured on a morning television show both before and after her surgery by ICSF. TV cameras also caught her in action drinking milk a day after surgery.

Arianna’s mother had been unable to afford surgery, and when notified about ICSF’s mission to La Paz, travelled six hours to be treated. THANK YOU, ICSF’s donors, for making possible this important chapter in Arianna’s life and in 15 other children’s lives. 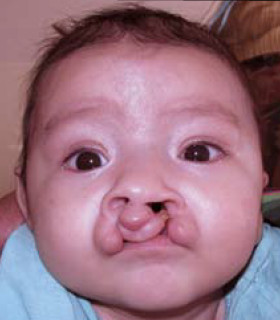 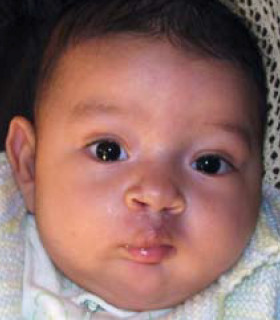 Arianna before surgery and one week after her initial surgery.