A number of ICSF’s supporters were particularly touched by the article in our last newsletter about little Esther, a severely burned baby who was treated during ICSF’s October mission to Kenya. Esther healed well from her skin grafting and will be visited by Dr. Williams in his annual October trip to Kenya. 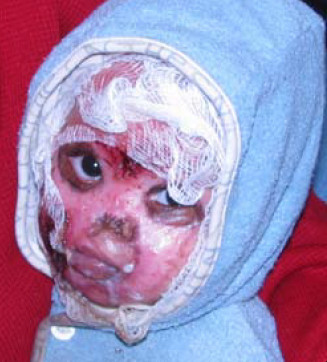 He likely will perform follow-up surgery the following spring (2012). “Sadly, in the case of severe burns such as Esther’s, perfect results can- not be attained, and the final result can be unpredictable. ICSF, as its reputation has borne out, will make every possible effort in behalf of little Esther. She is on our radar,” comments Dr. Williams.