One-hundred-five surgeries in four missions (three missions to the Philippines alone) were performed in the first three months of 2013 by the ICSF surgical team. 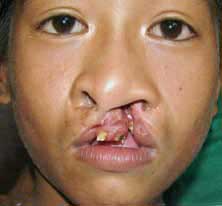 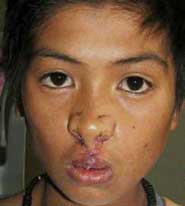 Jonel, one week after a redo operation by ICSF

“A strange phenomenon has been occurring,” says Dr. Geoff Williams, ICSF president. “In Kabankalan, we have been seeing larger numbers of kids every year. In February we had ninety-nine come. This was far more than we could treat in the February mission. As soon as we saw the size of the crowd, we went to the hospital director’s office and asked if we could schedule an impromptu follow-up mission in July—to which she agreed. So we went back to the crowd and began scheduling kids for the current mission. When that schedule was full we continued to give kids surgery dates for July. No one was turned away and, more importantly, no hurried surgeries were performed. Each child got the needed amount of time and the best care we could render.” 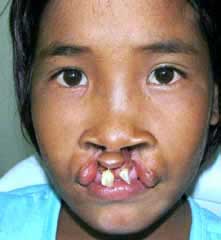 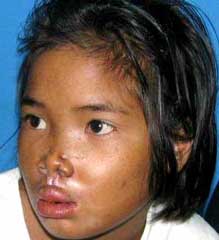 ...and two weeks after surgery

Arbius had his arm fused to his side as a result of a third-degree burn from a bed fire. His surgery was initially problematic owing to the large area of the reconstruction that would need to be covered by a skin graft. The harvesting of such a graft, from Arbius’ leg would necessitate a $7,000 piece of equipment known as an electric dermatome, which ICSF did not possess when Arbius initially came to the ICSF team in 2011. Dr. Williams, however, was able to find a very generous representative for the Zimmer company, Dan Twotigers, and the dermatome was donated to ICSF. 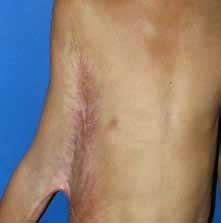 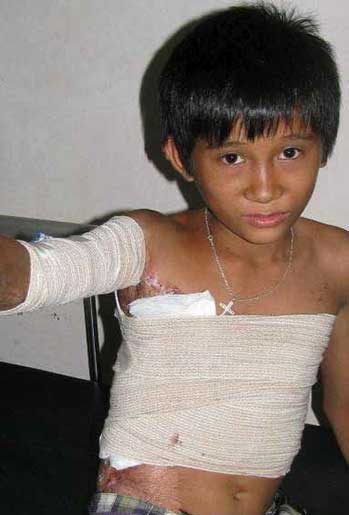