Most American soldiers, after completing a tour of duty in Afghanistan, return home to pursue the lives they dreamed of when they were in the battlefi eld— and well they should. They have put life and limb on the line for the ideals of freedom. Relationships, school, and family are the goals of nearly all as they return home—except 26-year-old Marine Sgt. Winston Fiore, that is. 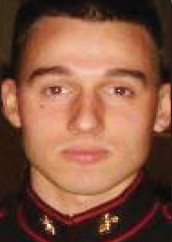 Sgt. Fiore before his deployment

Sgt. Fiore had had an eye-opening experience while serving in the war zone. One day while his platoon was on patrol, they encountered a young village boy with a cleft lip. Sgt. Fiore and his fellow soldiers felt sorry for the boy and tried to arrange transport for the boy to go to Kabul for treatment. However, military regulations did not permit the transport, and ultimately the sergeant had to say good-bye to his unfortunate little friend.

Upon returning to his home, Sgt. Fiore could not forget the boy and decided that he wanted to help children with clefts in poor countries—he just didn’t know exactly how. He looked up several organizations, but nothing clicked until his father pulled out a Bloomington, Indiana, newspaper clipping he had saved from several years earlier. The article was about an organization that treated children with clefts in poor countries—but with a unique emphasis on quality in the care of patients and also on long-term training of local doctors and nurses. The article was about the International Children’s Surgical Foundation.

Sgt. Fiore felt right about ICSF. Eventually he began a special trek, beginning in the southern United States and progressing west. He met with Rotary clubs, arranged interviews with newspapers and with TV and radio stations, all to promote and collect donations for ICSF. In his interviews, he described ICSF’s uniqueness and the high standard of medical care the organization delivers to children in poor countries. He also told of ICSF’s goal of empowering local doctors to treat their own patients.

In August, he traveled to Lima, Peru, to video record ICSF at work in the Lima Children’s Hospital, for a documentary about ICSF for fundraising, as he continues his trek in Asia. With a fundraising goal of $50,000 for ICSF and the children it treats, he is currently in Asia, gathering pesos, bat, yuan, song, and other currencies for ICSF to use in treating children. You can read about Sgt. Fiore at his blog, Smiletrek.org. 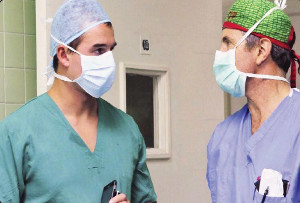