“You can’t change the world,” said my doctor friend in 2004, after I told him of my plans to leave all medical practice in the U.S. for the developing world. My friend had uttered these words in an effort to convince me that giving up my plastic surgery career in the U.S. would not be in my best interest. “It’s unfair to help one person and not everyone else,” he added. As I later contemplated my friend’s words you can’t change the world, a little patient came to mind. Her smile was radiant in my memory, undimmed by time. Instantly a revelation came to me as clearly as anything has ever come: Her world HAD been changed by the surgeries she had received. I remembered that after her treatments she was able to look at other people without shame. She surely perceived the world differently after her surgeries. The little girl in my memory had proved my friend wrong. 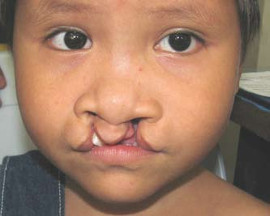 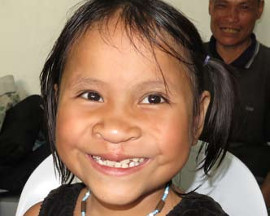 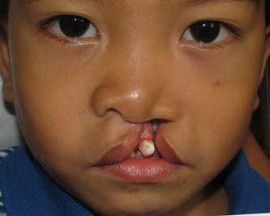 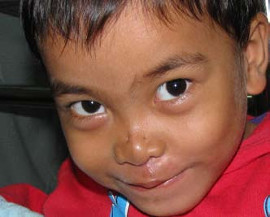 Please take a moment to look at just a few examples—on this and the previous posts—of little worlds that have been changed by ICSF through your generosity. And remember that “Everyone was born to smile.” 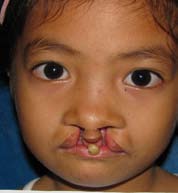 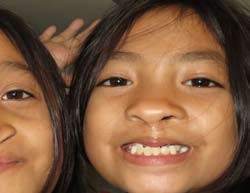 Princess’s world changed, and so did her mother’s, after the surgeries. This post-surgery photo shows her with a friend.