THE SPECIAL CASE OF BEN SONGAHID

When Ben Songahid, age seven, came to ICSF’s 2011 Kabankalan Philippines mission, he was very thin, like many other Filipino children. More importantly, however, Ben was found to be severely anemic, necessitating cancellation of his surgery. 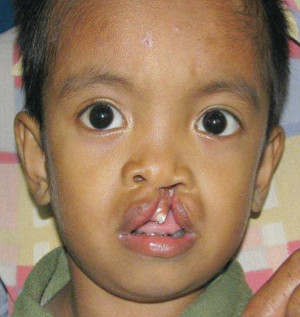 Ben before surgery (above) and one week after surgery (below). 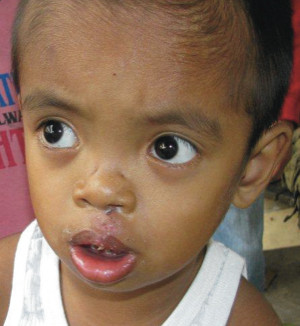 “Many other mission groups would have simply told Ben’s mother that he had poor nutrition and sent them away. I have seen this sad scenario first- hand many, many times in my former work with various medical teams”, says Dr. Geoff Williams, president of ICSF.

“One could look at Ben’s mother, who was even thinner than Ben, and I could see that this family did not have the means to give Ben significant supplemental nutrition”, he adds. As ICSF has done with other similar patients, however, Ben was given a nutrition regimen to improve his anemia and get him ready for surgery. “ICSF is the only volunteer medical organization that does this — Ben is one reason that an organization like ICSF was needed in the world”, adds Dr. Williams.

By February 2012, Ben was less thin and had an acceptable blood count. “After the surgery, Ben’s mother was all smiles. Now Ben can go to school and get on with his life — thanks to our very unique donors”, adds Dr. Williams.