Zea was too young to know she had a serious birth defect. Her mother and father knew though. Zea’s defect was a bilateral cleft lip, a defect which is more serious than most because it involved a cleft on both sides of the lip. This type of cleft is known for being very difficult to treat—typically with poor results. Zea’s parents grieved, even though they knew they could get free surgery. They had seen the results of some of these surgeries on other children in the area, performed by various medical groups, and none looked even close to normal. Their hearts were constantly heavy because of the inevitable fate of their daughter. They wanted the best for Zea.

Then when Zea was ten months old her parents heard of a team coming for a cleft palate mission and, surprisingly, someone said this organization had a reputation for making the children look very good. This team didn’t do fast surgeries, and furthermore, the team stayed many days after surgery to care for the children. This team was ICSF. And so Zea was operated on by ICSF. The operation was more than five hours—nearly four times longer than other teams take for a similar surgery. Zea had her cleft palate fixed by ICSF the following year, again with good results. After nearly four years since Zea’s cleft lip surgery, her parents marvel at how blessed they were to find ICSF to do Zea’s delicate surgery. They view the surgeries as a gift. There are many children like Zea who live in the poor areas where ICSF works.

Give the gift that lasts a lifetime, the Gift of a Smile! 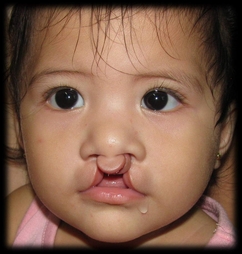 Zea, before surgery for her bilateral cleft lip surgery by ICSF. 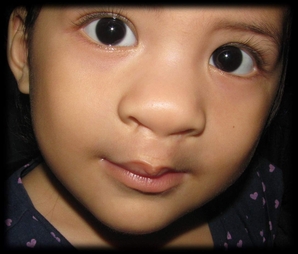 Zea three years after surgery, using her new gift, the Gift of a Smile. Zea now uses her gift to light up the day around her for everyone who is present.